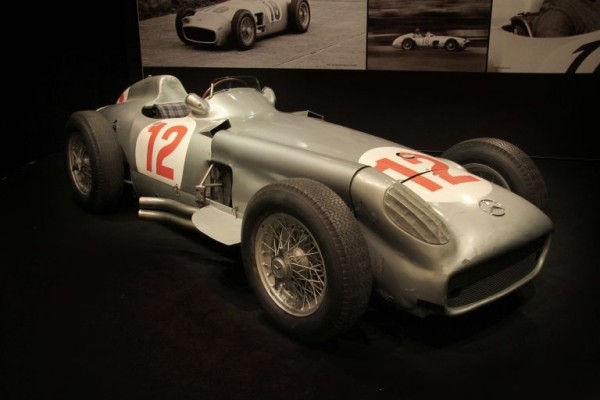 The 1954 Mercedes-Benz W196 single-seater was driven by the five-time world champion racer when he clinched his second title in 1954. The Argentine drove the car to victories in the 1954 German and Swiss Grand Prix races.

A Ferrari 330GT, first owned by John Lennon, fetched 359,900 pounds at the same auction. The late Beatle bought the blue Ferrari after he passed his driving test in 1965 and sold it three years later.